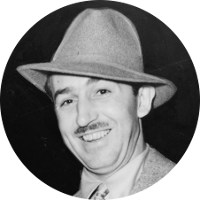 Co-Founder of The Walt Disney Company