Who is Rand Paul?

Rand Paul is a U.S. Senator from Kentucky and is the son of Ron Paul, a former U.S. Congressman from Texas. Rand Paul is a Republican and a member of the Tea Party movement. He is frequently described as being a libertarian, supporting individual liberty and keeping the size of the government to a minimum. 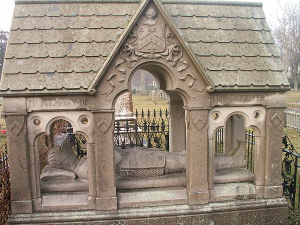 On his father's side, most of Rand Paul's ancestors arrived in the 19th century from either Germany or Ireland. On his mother's side, his ancestral roots go as far back as 17th century New York.

His 12th great-grandfather was Lion Gardiner. Gardiner traveled from Holland to London where in 1635 he sailed on the Bachelor to New England. Lion Gardiner was a military engineer who was hired to build a fort at the mouth of the Connecticut River. He built and then became commander of Fort Saybrook.

Rand Paul also had another ancestor who arrived in New England in 1635. William King, along with his wife Dorothy and their children, sailed to New England aboard the Marygould and settled in Salem, Massachusetts. William and Dorothy King were his 12th great-grandparents.

As of the Summer of 2014, Rand Paul is considered by some to be a front runner among those seeking to be the Republican candidate for the next Presidential elections. As it is, Rand Paul already has a couple of presidential connections in his family. He is a cousin to William Howard Taft, 27th U.S. President, and a cousin to Julia (Gardiner) Tyler, First Lady of the 10th U.S. President John Tyler.

Father of the U.S. Air Force

Author of “Twas the Night Before Christmas”