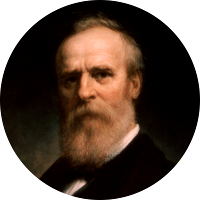 Ancestry of
Rutherford B. Hayes