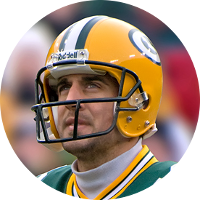 Quarterback for the Green Bay Packers