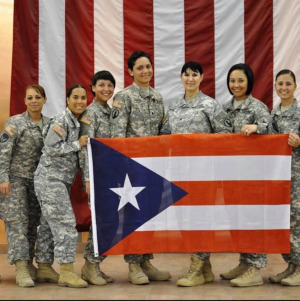 Who is Brig. Gen. Irene Zoppi?

Brig. Gen. Irene Zoppi is the first Puerto Rican woman promoted to the rank of general in the U.S. Army Reserve. Born and raised in Puerto Rico as Irene Miller y Rodriguez, she began her career as a private first class with the Military Police Corps back in 1985. She was commissioned as a 2nd Lieutenant in 1988, and rose through the ranks until she earned her star in 2017.

Brig. Gen. Zoppi speaks five languages, is a Ph.D. and has three masters’ degrees. Her military assignments over the years included a deployment with the 3rd Armored Division during the Gulf War. She has earned numerous awards and decorations including the Bronze Star, Kuwait Liberation Medal (Kingdom of Saudi Arabia), and the Kuwait Liberation Medal (Government of Kuwait). Dr. Zoppi’s civilian achievements include serving as a Program Director for the National Intelligence University under the National Security Agency. You can learn more about Brig. Gen. (Dr.) Zoppi at the U.S. Army Reserve Official Website.

In addition to Abraham Lincoln, other presidents with family ties to Brig. Gen. Zoppi include James Garfield, Gerald Ford, and both presidents Bush. Some of the more notable women include Juliette Gordon Low (founder of the Girl Scouts) and Amelia Earhart (aviation pioneer). There are also a number of celebrities, probably the most notable of which is Elvis Presley.