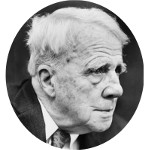 Who was Robert Frost?

Robert Frost was an American poet who also wrote a number of plays. He was born Robert Lee Frost on 26 March 1874 in San Francisco, California, to William Prescott Frost, Jr. and Isabelle Moodie. His father was an editor of the San Francisco Evening Bulletin who diedd when Robert was only 11 years old.

In 1894 Robert Frost sold his first poem to the New York Independent for just $5. He would go on to win four Pulitzer prizes and a U.S. Congressional Gold Medal. At the inauguration for President John F. Kennedy in 1961, Robert Frost read his poem The Gift Outright. He and President Kennedy would both die just two years later.