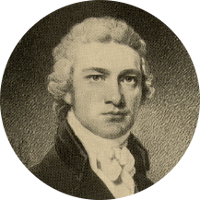 Who was Charles Goldsborough?

Charles Goldsborough was the 16th Governor of Maryland. He started his career as a lawyer before pursuing politics. His political career included terms in the Maryland House of Delegates, Maryland State Senate, and the United States House of Representatives from Maryland’s 8th Congressional district. Charles Goldsborough was also elected as a member of the American Antiquarian Society, America’s oldest historical society with a national focus.