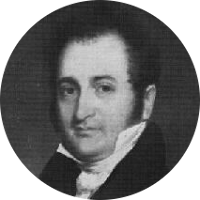 Who was George Howard?

George Howard was the 22nd Governor of Maryland. He is said to be the only son of a governor to be elected as governor. His father was Maryland Governor John Eager Howard. His father-in-law Charles Carnan Ridgely was also a Maryland Governor. George Howard was given the plantation known as “Waverley” by his father as a wedding gift. It is said that as many as one thousand slaves worked on the plantation at one time. However, he was also receptive to the idea of colonizing free slave in Africa. His is said to have commented to the Maryland legislature, “The prosecution of this system may probably at some distant day, tend to the restoration of the whole of our colored population, to the land of their forfathers.”