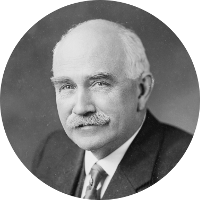 Who was Judson Harmon?

Judson Harmon was a Democratic politician from Ohio. Born Francis Judson Harmon, son of Rev. Benjamin Franklin and Julia (Bronson) Harmon, he is said to have been named after Adoniram Judson, a famous American Baptist foreign missionary. In 1895, President Grover Cleveland appointed Judson Harmon as the 41st United States Attorney General. Over a decade later he would become the 45th Governor of Ohio. At the Democratic National Convention in 1912, Judson Harmon was nominated as a candidate for the presidency. However, by the time the convention balloting was complete, New Jersey Governor Woodrow Wilson received the Democratic nomination.